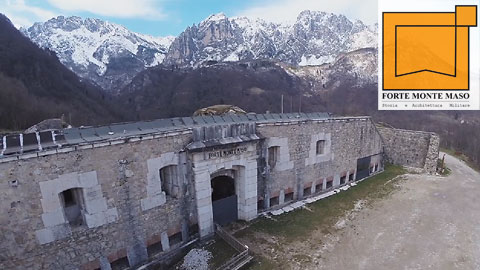 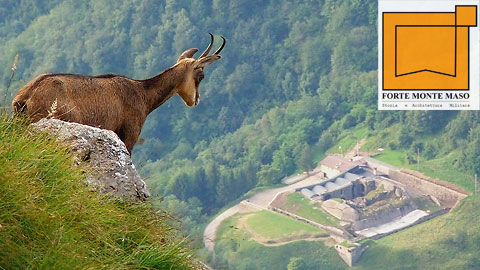 The activities taking place in the venue include: cultural activities linked to Forte Monte Maso, restaurant and bar facilities in the same location.

Forte Monte Maso, the only existing armoured fort in Alta Val Leogra in the early 1900s, was built between 1883 and 1887 at an altitude of 790 m in a strategic position to defend the pass of Pian delle Fugazze and the state border. It also had the task of protecting the industrial city of Schio: the door to the Italian plain. It possessed at its disposal both the roadblock of Bariola (road barrier) and the plain of Mount Castelliero (occasional artillery), and this set formed an armoured barrier block in case of a possible penetration of the Austro-Hungarian army into the Italian territory. The fort had the specific task of defending with artillery the road sections upstream and downstream of the dam. It initially made use of six cast iron 149 mm guns in an armoured bunker towards the upper Val Leogra and four 149 mm cast iron howitzers in positions turned in the opposite direction, towards Valli del Pasubio.

Today the fort is partially open to visitors by appointment and thanks to the help of volunteers we are proceeding with the external cleaning and clearing out debris from the interior rooms. Nearly the whole military construction can be made reusable after restoration, with the exception of the central part in correspondence of the six armoured bunkers, where the use of high power mines has irreparably damaged the two floors and the roof of the fort.

The kitchen of the fort serves home-made dishes, which vary seasonally: at the continuity of tradition lay typical dishes, however, originated from the availability of a generous and rich land of the upper Val Leogra and Alto Vicentino, including the exclusive product of the famous "sopressa".