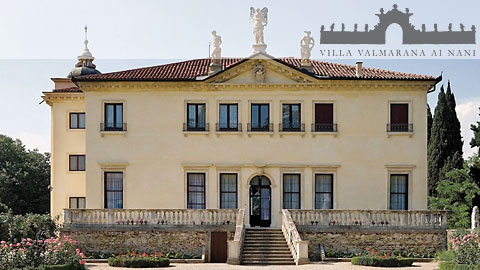 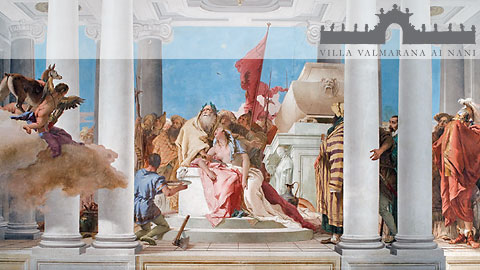 Stradella dei Nani 8, Vicenza
Tel. +39 0444 321803
Web www.villavalmarana.com
email This email address is being protected from spambots. You need JavaScript enabled to view it.

The Villa Valmarana "ai Nani", classical example of a countryside dwelling, was built on behalf of the jurisconsult Gian Maria Bertolo in 1669. Presently it includes the Owners' residence, the Guest House and the Stables. The garden that surrounds the villa stretches on a longitudinal axis, adapting itself to the natural profile of the Berici hills and faces on the "Valletta del Silenzio", described by A. Fogazzaro.
In 1720 the Valmarana family, that still lives there, became owners and commissioned the architect Francesco Muttoni for changes and ornamental embellishments.

The Owners' residence was enriched by small tympani, encircled by statues and by a lovely turret, which lodges the stairs leading to the upper floor. Very simple is the main floor: a central hall that, like the "portego" of the Venetian house, goes from a façade to the other and two sitting-rooms per side, communicating between them. In 1757 Giustino Valmarana called Giambattista and Giandomenico Tiepolo to fresco the Villa. They were returning from their pictorial enterprise at the Wuerzburg Palace where, with their frescoes, had celebrated the wedding of Federico Barbarossa with Margherita of Burgundy.